This section allows you to view all posts made by this member. Note that you can only see posts made in areas you currently have access to.

« on: April 09, 2021, 01:49:21 PM »
Hey staff and everyone in SCU, I hugely apologise for slacking right off with the segments. I keep forgetting the deadlines are the same days as SCW RP deadlines, and trying to jiggle with RPing for Agostino and writing segments isn't easy to do. I wish they went back to Sundays; it would make things so much easier or have segment deadlines like Saturday mornings but gotta follow the rules which I respect.

I need to get a lot better at managing time with doing RP's and segments. No excuse at all for my lack of segment submissions, but I'm going to make up for it today with both, and I desperately need to. I need to do better and I will going forward as I'm pissed at myself for neglecting SCU and I'm to blame really. So yep, there's that.
2

Sin City Underground OOC and IC info can be found here / Did I forget to write a segment?

« on: April 24, 2020, 11:18:03 PM »
I just looked at the reposted card and had no idea the deadline for segments was today. Sorry I haven't done one and I know I clearly should have double checked, but with personal issues I had, I lost track as I thought it was segments to be sent for this Sunday. Obviously it wasn't so I apologise for staff on not sending one in.
3


You will be booked at least 2-3 times a month. In order for this to happen, you will be booked in singles as well as tag team matches. Since tag team matches take place in an intergender division, please let Tad Ezra know if you wish to only wrestle your gender. We will still book you in tag team matches under Mixed tag team rules but keep in mind, tag team titles will be intergender so if you wish not to wrestle the opposite gender, you limit yourself to only singles gold when you do get a title shot. ***Be sure to fill out a Tag Team application*** 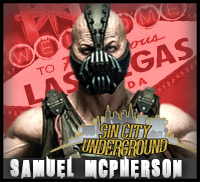 Mentality when it comes to dealing with losses

Will never talk because of his autism. Has to have his manager Henry Losak talk for him and following his instructions.

Gimmick If Any: He's a quiet person when it comes to fighting and fights like an animal with intentions of hurting people and doesn't speak at all other than his yes and no language answers because he has autism. He's aggression with anger is just like Raab's, but with a bit more brutality in his wrestling.

Animal I Have Become by Three Days Grace plays over the sound system as a large man walks out from the curtain and stands on top of the ramp, looking around with Henry standing behind him before he walks very slowly to ringside as he steps on the apron and goes over the top rope with his feet and goes to a corner to rest himself up on, looking at his opponent with intensity before the match starts.

Wrestling Move Packages *Remember you can only pick one*

Superstar Bio: He first came to visit Lord Raab back in December and since he became Lord Raab's friend, he quickly had an interest in wrestling, He's got no experience in a wrestling ring, but his own anger and destruction to hurt wrestlers has come naturally and doesn't speak other than saying Yaarrp for yes and Naarrp for No and sometimes grants for acknowledgement. Raab and Losak feel that Samuel's now ready to step into the ring with Lord Raab and become his tag partner. He's known as The Animal and it turns out that Samuel's dangerous and wild in the ring along with being taller, stronger and bigger than Lord Raab himself.


You will be booked at least 2-3 times a month. In order for this to happen, you will be booked in singles as well as tag team matches. Since tag team matches take place in an intergender division, please let Tad Ezra know if you wish to only wrestle your gender. We will still book you in tag team matches under Mixed tag team rules but keep in mind, tag team titles will be intergender so if you wish not to wrestle the opposite gender, you limit yourself to only singles gold when you do get a title shot. ***Be sure to fill out a Tag Team application*** 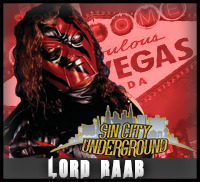 Violence and toying with his opponents.

Anger- Most people say it's a weakness, but it's not for Raab because he embraces it and uses all the anger he's built up over the years to happily destroy and hurt his opponents

Weaknesses: Stamina- Although he's a very powerful and strong wrestler, his speed usually costs him the match due to lack of stamina.

Relationships with other wrestlers- Most monsters don't have fears, but when it comes to girls chatting Raab up and even making friends with wrestlers, he gets scared and always has his fears with that ever since his childhood. He rather be with Henry and Samuel or even on his own.

Gimmick If Any: An out of control monster in a mask who's a violent and dangerous wrestler and does things you don't expect along with being angry all the time until he beats people in the ring.

Entrance Description (Mandatory for bookings): Monster by Skillet plays over the sound system as Lord Raab comes out through the curtain wearing his red and black wrestling trousers with his nickname The Masked German Monster on the front of them with Monster Energy logos on the side of his trousers with black gloves on both of his hands and wears a black and red stripy mask and ignores the fans as he goes up the stairs before going in-between the ropes and crouches down in the corner moving backwards and forwards, rubbing his hands and moving his neck around while looking at his opponent with anger in his eyes while waiting for the match to start.

Wrestling Move Packages *Remember you can only pick one*

26: Knees to the Head (Drowned opponent)

Weapon Of Choice: All weapons are his favourite.

Match Of Choice: Hardcore or anything to do with violent and brutal matches

Superstar Bio:  Was known as the most hated man in APW and had a very arrogant and mouthy attitude towards wrestlers on-screen and on twitter. Now things have turned for the worst as after he's been released from prison, he's been sentenced to do anger management for a year and his anger grew from the sessions and has now started to wear the mask to make himself more aggressive with his wrestling and wanting to be a violent and dangerous wrestler. He's deleted his twitter account back in March and now is completely against the site and focuses on his wrestling skills in the ring and is a very lonely wrestler who has schizophrenia, speaking to voices he has in his head. Has improved a lot in the ring since the change and is now a monster.

Is addicted on using every single German Suplex move he can find to stick within his German country and also speaks more of the language as well. Markus has recently had a DNA test done with another wrestler in the business going under the name of Raab, Konrad Raab and turns out that they are in fact twin brothers with different personalities from each other.

Lord Raab has his anger shrink Henry Losak with him at ringside to help Raab embrace his anger and violence in the ring. Now he has a muscle servant Samuel McPherson who was learning from Raab on being a wrestler along with being angry for a year which now he does as a team with Markus Lord Raab known as The Monstimals.

A couple of weeks after he won the Roulette title, he changed the title design and name to Violence championship because of him not being American. Although he didn't really say this reason, but he felt the spinning belt was childish for him so he brought out a design where it has blood, skulls and a few weapons design on the belt.

After achieving everything there's to do, after the loss against J2H in a deathmatch, Lord Raab's now officially retired as a singles competitor and will be going forward an exclusive tag team wrestler with Samuel until he's won the tag titles with Samuel before leaving SCW for good. Now after capturing the SCU Hardcore Tag Team Titles, he aims to be the first-ever male SCW Hall Of Famer wrestler to capture all the SCW and SCU title belts.